Amber Riley performed a touching tribute to her late Glee co-star Naya Rivera on Thursday’s episode of Jimmy Kimmel Live!. The actor and singer, whose artist moniker is Riley, sang her new track titled ‘A Moment,’ in honour of Rivera, who died in July. Rivera was 33 years old.

“Now I need a moment alone with my soul, I can’t stop these thoughts, I need these,” Riley sang, while photos of Rivera were projected behind her. “I’m ready to fight, I’m ready to see what’s on the other side. I’m ready to cry and just let it be.”

Jimmy Kimmel Live! guest host Lil Rel Howery introduced the performance, saying, “Not too long ago, we both lost a really good friend in a tragic accident and we both will miss her forever.”

Hosting on the day after the sports world ground to a halt and just after Donald Trump accepted his nomination for reelection at the RNC, Howery shared a powerful monologue, which emphasised the realities of life for Black people in America. Howery spoke about the coronavirus pandemic, the importance of voting and his belief in the need to defund the police, saying, “That funding can go somewhere else, especially if you’re not going to use the funding to protect or do your job properly.”

The actor and comedian also spoke up for Trayvon Martin, Mike Brown and Jacob Blake, who survived being shot seven times by police in Kenosha, Wis. earlier this month.

“That’s why I want to give a shout-out to the WNBA and the NBA,” Howery said. “They have been using their platform to stand up for social injustices. That’s right. 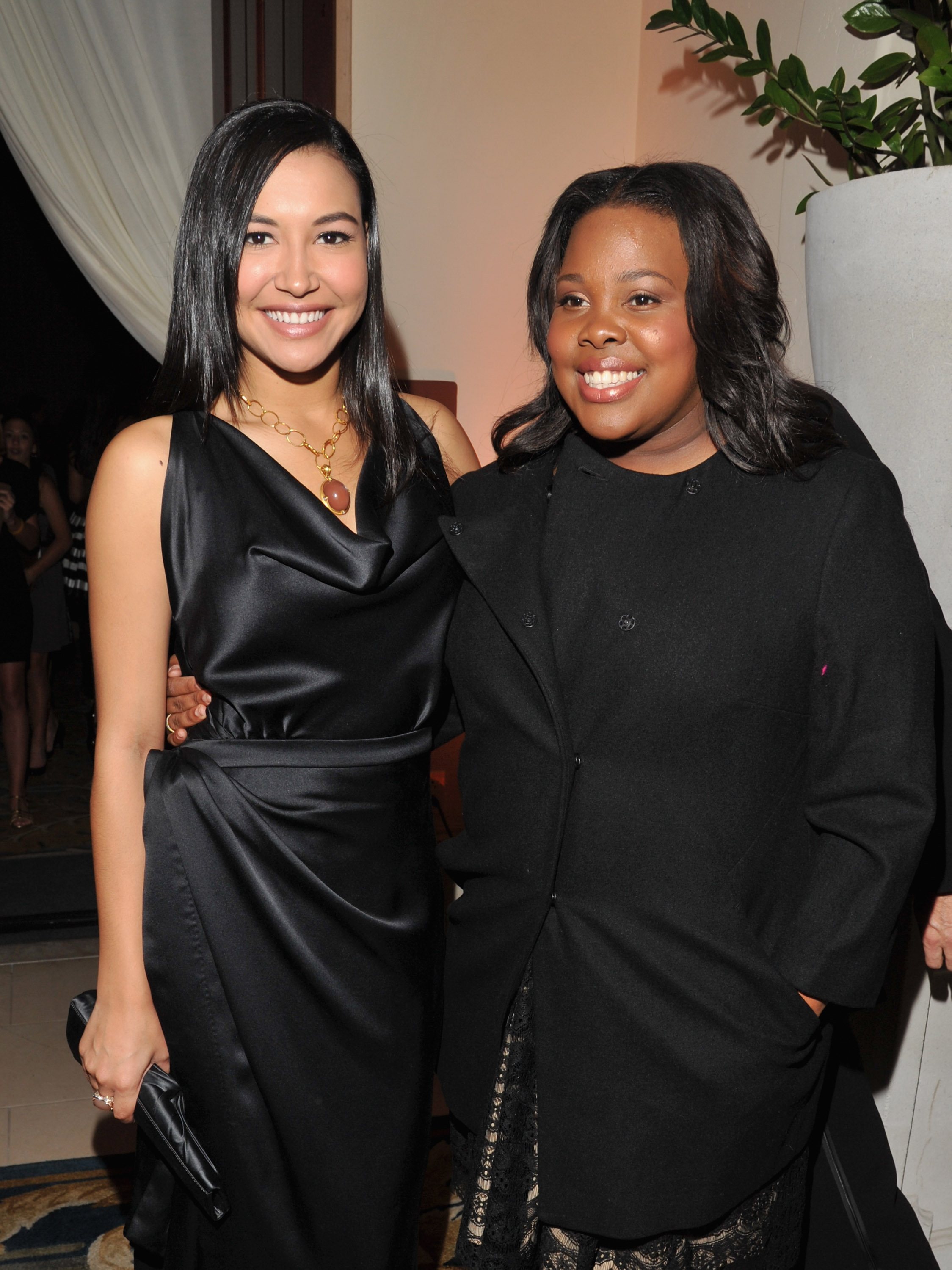 He continued: “Because, there’s a lot going on when you think about the Black people in our country and the police. That relationship is so broken — so broken.”

Riley’s performance came later in the show, saluting her co-star in the hit Fox musical series. After Rivera’s passing, Riley posted to Instagram about her former co-star her “favourite duet partner,” writing: “I love you. I miss you. I don’t have words right now, just lots of feelings. Rest In Peace Angel, and know that your family will never have to worry about anything.”

Rivera was best known for her groundbreaking role as Santana Lopez on the hit Fox musical series, while Riley played Mercedes Jones. One of the pair’s most memorable duets was the ‘Rumor Has It”/”Someone Like You’ mashup in the show’s third season.

“Our queen is singing for our other queen. Thankful for @MsAmberPRiley always. She’s the strongest. Can’t wait to watch,” their “Glee” co-star Kevin McHale wrote on Twitter ahead of the performance. 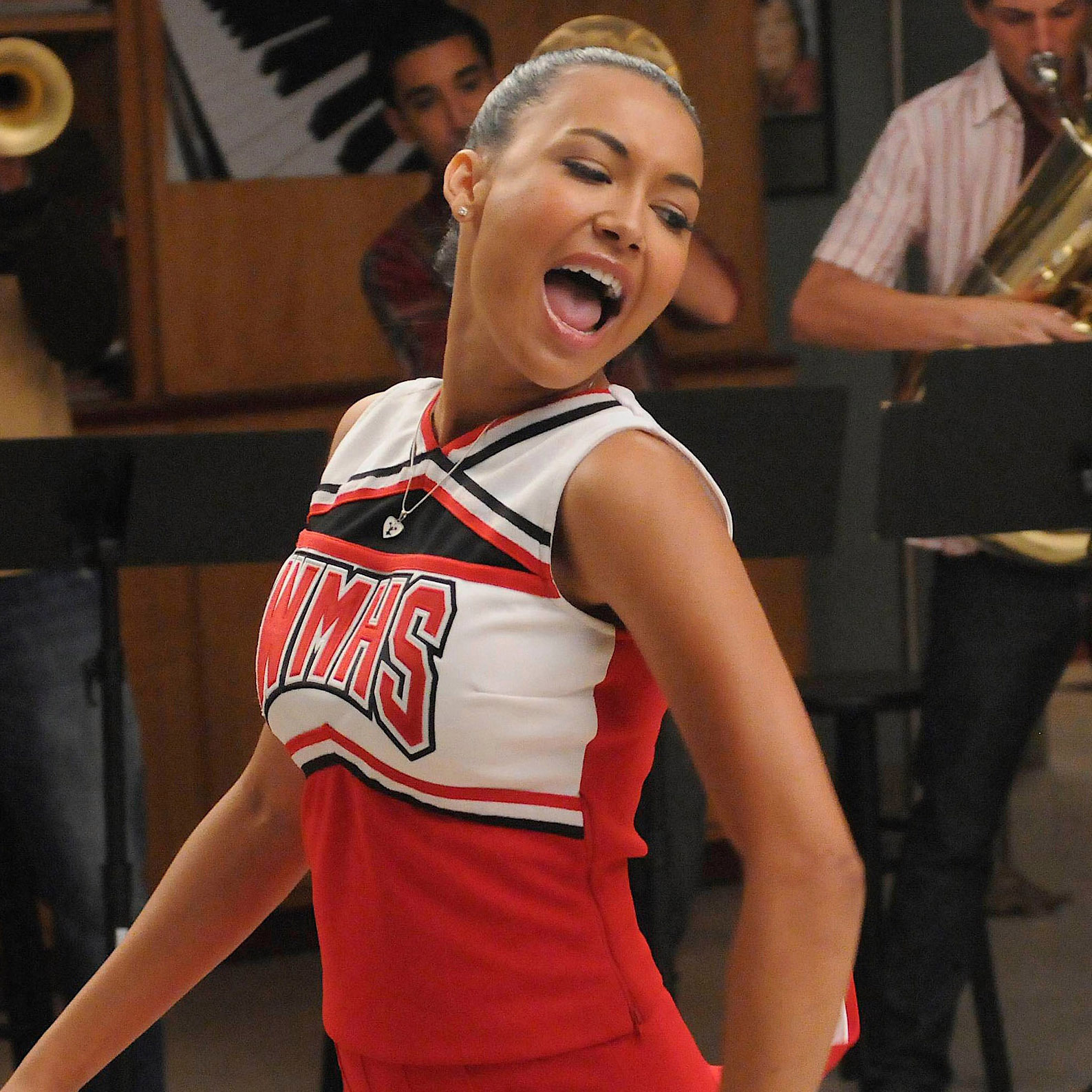 Riley’s Jimmy Kimmel Live! appearance comes in advance of her new EP, out October 2, which she funded and executive produced as an independent artist.

“I’m my own boss, my own decision maker, and my own marketing team. I WISH I had the power a major machine behind me would to get things out quicker, but I don’t,” Riley wrote on social media.

“But what I do have is ownership of my s–. I’m no slave, I own my masters Woman shrugging the project is coming, because this time, no one can tell me [no]. So…stay tuned and get ready. This music is playin NO GAMES. I came with a vocal and a pen ready to slay the girls.”

Explaining why she’s no longer afraid to speak out about racial injustice on-screen and off, Riley told Variety in June, “I’ve made my money. I can continue to make money in the background. I can be a part of a production team, and you don’t even know my ass is there, and be making more than being in front of the camera. There’s not going to be anyone that’s going to be able to stop me.”

Watch the video above for the full performance.

Rebel Wilson Is 17 Lbs Away From Her Goal Weight: What Food She's Avoiding

Fri Aug 28 , 2020
Resisting temptation! Rebel Wilson is defying her sugar cravings as she continues to work toward her weight loss goals. Rebel Wilson's Transformation Through the Years Read article The Pitch Perfect star, 40, shared a photo via Instagram on Friday, August 28, of herself wearing a body-hugging blue dress. “Thanks for […]

Our Fall Fashion Dreams Have Come True With This Cute, Oversized Sweater